Regents Custom Builders is recognized as one of the Southeast’s premier design / build firms having completing several hundred projects over the last dozen years.  We are known for our creative vision, our excruciating attention to detail and our transparent delivery method.  Regents provides fully integrated services to guide clients through every step of the construction process from design concepts to custom turn-key solutions.  Our mission is to exceed your expectations with both our process and our product by ensuring the best combination of planning, solutions, service, quality and price.

Our company is built around a passion for high-level design and a love for artisanship.  Our work has been seen on numerous design / renovation shows, featured in several magazines and our client list is second to none.  The Regents team of highly experienced designers, project managers and master craftsmen treats every project as if it were our own.  We believe form follows function and good design is good business.  We insist on only the highest quality materials and workmanship and strictly adhere to budgets and schedules.  We are not the biggest or the most expensive, we are simply the best!

A general contractor is in charge of all functional aspects of the construction process.

The general contractor typically has considerable experience in all aspects of building, making him qualified to handle the work of all sorts of subcontractors required for any given project.

The general contractor may hire other subcontractor, who has the practical knowledge to assess the performance of the subcontractor’s work.

Both the owner and the contractor and the sub-contractors want the project to be completed at its highest standard and to exceed the owner’s expectations.

When selecting a design-build business, you should say the same things you would ask each distinct entity during the vetting process because you are recruiting both an architect/designer and a contractor.

The most intriguing aspect of design build is that the price of construction or whatever construction that are to be constructed is clearly known upfront, unlike in the local system, where the full amount spent on a particular construction can only be known only when the last of the last things to be done is clearly completed. The most significant aspect of the design build is that it can never let you down; it’s more like seeking to reach a goal when everything you need to achieve the goal has already been supplied. All the blueprints have been completed before starting, build design allows for less cost and waste.

It allows for “teamwork” because the construction is purely dependent on different people’s ideas, which usually results in the greatest results because they know what works and what doesn’t. When it comes to getting your project done precisely and reducing the danger of building errors, dexterity and experiences are essential. When you fail to plan, you plan to fail.  We live by the old carpenter’s adage measure twice, cut once!

" My experience with Regents Custom Builders exceeded my expectations from the design phase, scheduling and thru project completion. The work crew did a great job, answered questions and worked with me throughout the process. They were timely, worked steadily, finished ahead of schedule and knew what they were doing! Project oversight by Max, last minute additions and a few tweaks and twists were handled beautifully. I am very pleased with my experience and would recommend Regents to others."
Robin Peterson
"Recently I had the pleasure of working with BJ Kerr and Regents Custom Builders. On this particular project I wanted to install a highly customized kitchen with many elements from Ikea. With a little research, I found Regents. Their portfolio was very extensive and I knew after speaking with BJ that they would be the right fit for the project. My design was quite ambitious, but Regents handled it in stride, even offering helpful solutions along the way. I was very pleased not only with the process, but the final product was flawless."
Chip WadeHGTV Celebrity Designer
"It was a pleasure working with Regents Custom Builders. Each crew member was not only very professional but was extremely knowledgeable. They offered tips as to how to improve the overall design. Max was superb and he responded in a timely manner to each request of mine – and by the way they were many. Extremely satisfied!"
Rafael Lago
"Regents Custom Builders did an excellent job on the remodeling of my kitchen. As my friends say, I suffer from OCD and the work that Regents did exceeded my expectations! They showed up on time each scheduled day and always gave me advanced notice if there was going to be a delay of any kind. Maurice, the Design Consultant, worked extremely hard to configure the kitchen to meet my vision.
Matt Stone
"Outstanding installation and follow-up. Crew was top-notch and so detailed, went far beyond my expectations. Roberto and Americo were fantastic and represented your company well and Max was a super project manager!"
Gena Boyl
"We contracted with Regents Custom Builders after receiving a recommendation from Ikea. We researched a few other vendors and felt that Regents was the most valuable operation for our money. Our project manager, was very attentive, responsive and punctual. The entire renovation took longer than expected, but that was due in part to the intense attention to detail that Regents had. Nothing was overlooked or forgotten, even when it meant bringing resources back for overtime work. We now have a wonderful kitchen that we will cherish for a long time. I don't think we have gone out to dinner since the Regents Renovation was completed because we love it so much!"
Sean and Lucy Delancy
"Fabian and Robert were absolutely WONDERFUL! Very polite, hard- working, helpful when problems arose and maintained a professional demeanor at all times. I am extremely satisfied with my Regents Renovation."
Lynn Evans
"BJ, I just wanted to drop you a note to say how much of a pleasure it was to work with you and Regents on our latest Rehab. As you know, my business partner Michael and I have renovated many properties over the last few years and have worked with many contractors. It is great to finally work with someone who we know we will be working with for many years to come. You were timely, cost effective and delivered a quality product that we are very pleased with. If you ever need a reference for another client please fell free to use my name and I will highly recommend Regents. I look forward to our next project together."
Timm Pritts/NorthEnd Mortgage
"The people at Regents Custom Builders are what makes the company great. They were attentive, knowledgeable, efficient, skilled and great people to work with. The result is that I now have the best looking kitchen I could possibly imagine! I highly recommend them to any one who is interested in any type of remodeling. Thanks for everything. And I just wanted to say that Max was a great help. We had some "issues" with the way things were set up and my husband was feeling very anxious about the work being done, but Max was able to help us anyway possible and he really helped calm my husband's nerves. You guys were awesome and made the whole thing worthwhile, so thanks for that."
Evan S. Dominguez
"My installation looks great. I am really enjoying it and the experience for Regents. The men were very nice, fast and professional and Regents even sent a supervisor out to review the work."
Beverly Ellijay
Previous
Next 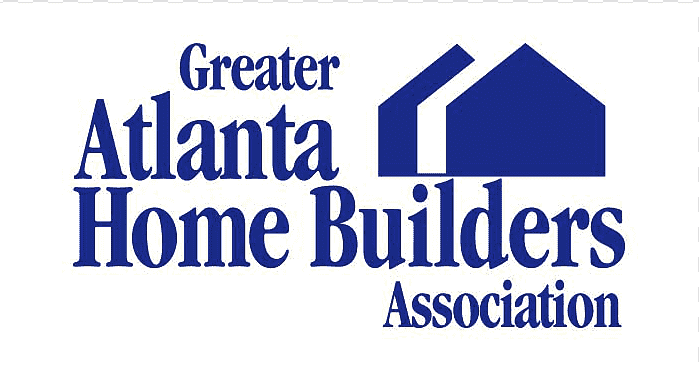